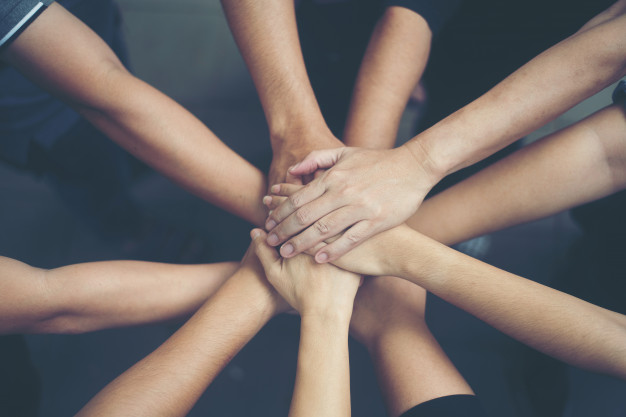 Kindly Read about our ‘Mission’ if you haven’t yet.
When the population became countless and social welfares were no more an affair for others well-being, people of this planet worried and deprived, resorted to micro welfare schemes for themselves and those around them. Waiting for the unfulfilled promises of a genie who said that he will return with money, happiness, and social gifts, everyone resorted to becoming a genie in their own self to fulfil the social promises made to them and those around them.
Soon, God, surprised and amazed at the quick production of genie crop in this vast field realized that there is hardly any farmer deprived and hardly any misery left. He then granted a blessing to the people of this planet which resulted in happiness across the widespread land, for generations to come, holding hand in hand.
While the governments and large organizations proudly claiming themselves to be the saviours of the poor had been failing continuously due to lack of coordination and conflicting interests among their members, people of this planet learnt all about the dynamic structure of diamonds. But why would someone learn about the structure of a diamond in the times of misery and widespread poverty? The form of this  structure inspired them to create a strong bond with the person next to them, similar to the one that carbon atoms in a diamond share with each other. While the bonds were being created and a giant structure was being formed, people began realising the further need of sharing their resources with those who had less. For a perfect structure it is necessary that each atom contains the same amount of mass.
But after understanding the dynamics of a diamond structure, people of this planet started realising the fact that many of them were not sharing the resources with each other, instead they were just walking hand in hand just for the sake of forming a structure. After having identified the problem of unequal mass in the atoms, the Research and Development departments of their minds began working day and night only to realise that many of them actually don’t realize the unbalanced situation. For the atoms of a rich man never actually sat on a seesaw facing the atoms of a poor man weighing 20 kg less.
Now was the time to face the biggest challenge before the seeds of the genie crop could be sown and the diamond fruits finally produced from the harvest of this crop. Most of the people could not realise how to find the atoms with a lesser mass. Many of them had never even walked such paths and hence they did not know what lies beyond those paths which were less travelled. Because if they had walked on those paths and the footsteps leading there, then they would have come across a situation where they could have identified an opportunity to serve and share their resources with someone in need.
But do these people share only monetary resources, or, anything,  they wish? What can a skilled artist share who is somehow living under debt.? What can an employer share with his demotivated employee? Cannot we all share the emotions, wisdom and some skills or do we have to share only the coins, clothes through the agencies and governments which proudly claim themselves to be the saviours of the poor?
This Website and Book is a place where we explore the secrets to receive the blessings of God Almighty to form a structure like a diamond and fulfil the promises made by the genie.